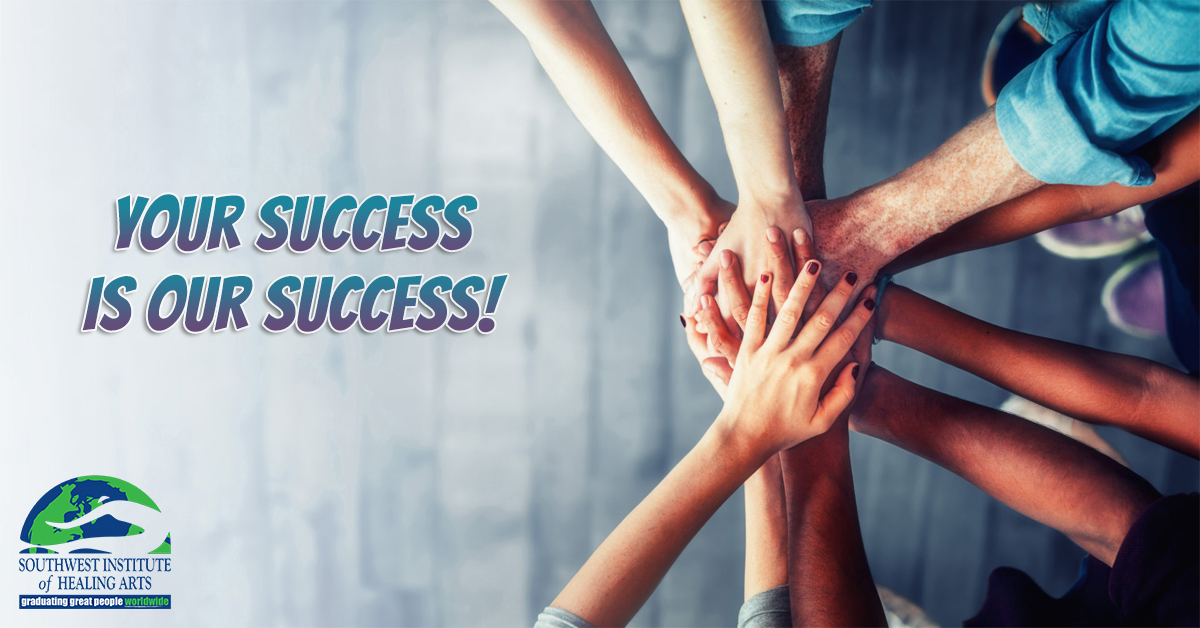 Do you dream of pursuing your passion for mind-body-spirit wellness and turning it into a profitable opportunity? At Southwest Institute of Healing Arts, we not only teach holistic modalities such as yoga, life coaching, herbalism and hypnotherapy -- we graduate entrepreneurs! We are ready to help you define what your success looks like, and provide you with the building blocks to reach it.

Crafting the Perfect Marketing Email for Your Wellness Business 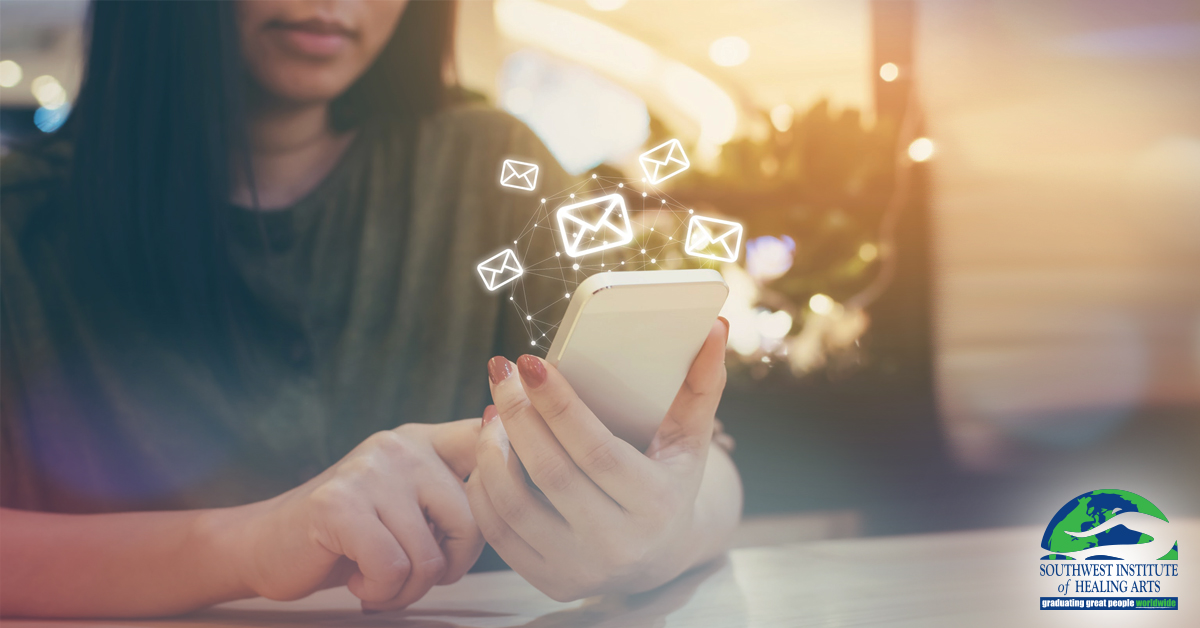 At first glance, marketing emails seem simple and maybe even a little outdated (Gasp!). However, the majority of consumers actually prefer to communicate with brands and businesses via email, especially in the “discovery” phase of their journey. It’s never been more crucial to develop a strategy for your campaigns or you may hear crickets--or worse--unwillingly end up in your prospective clients' & clients’ spam folder!

Before we break down a few examples of an effective marketing email, there are a few basic rules to follow: 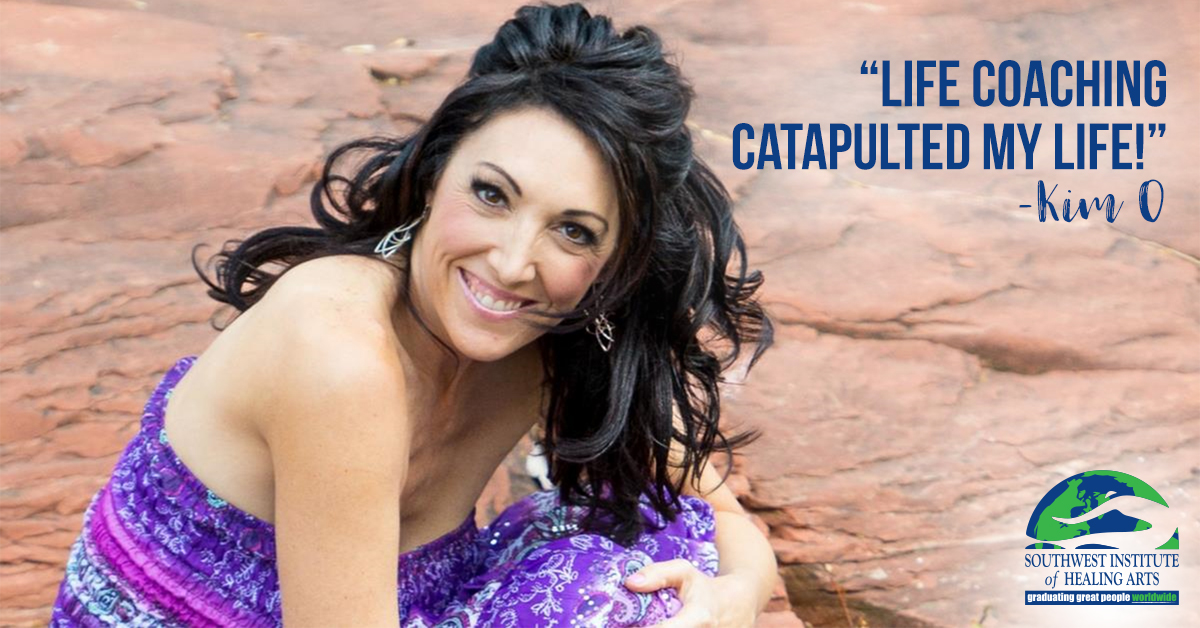 Kim O has always possessed a drive to help others.

When she enrolled in college, she pursued Psychology with the hope of becoming a counselor and affecting major positive changes in the lives of others. However, Kim found herself sidetracked by her own low self-esteem and put off finishing her degree hoping that her marriage would bring her fulfillment.

Though that ultimately wasn’t the case, something else amazing happened!

Kim tell us: “I made really poor decisions for a long time, until the message about loving yourself resounded from everywhere.  I had been living life as a victim, and then I learned that victimhood was a choice. I was powerful!”

Small Shifts, Big Changes: Lifestyle Trainer James Patrick on Becoming Who You Want to Be 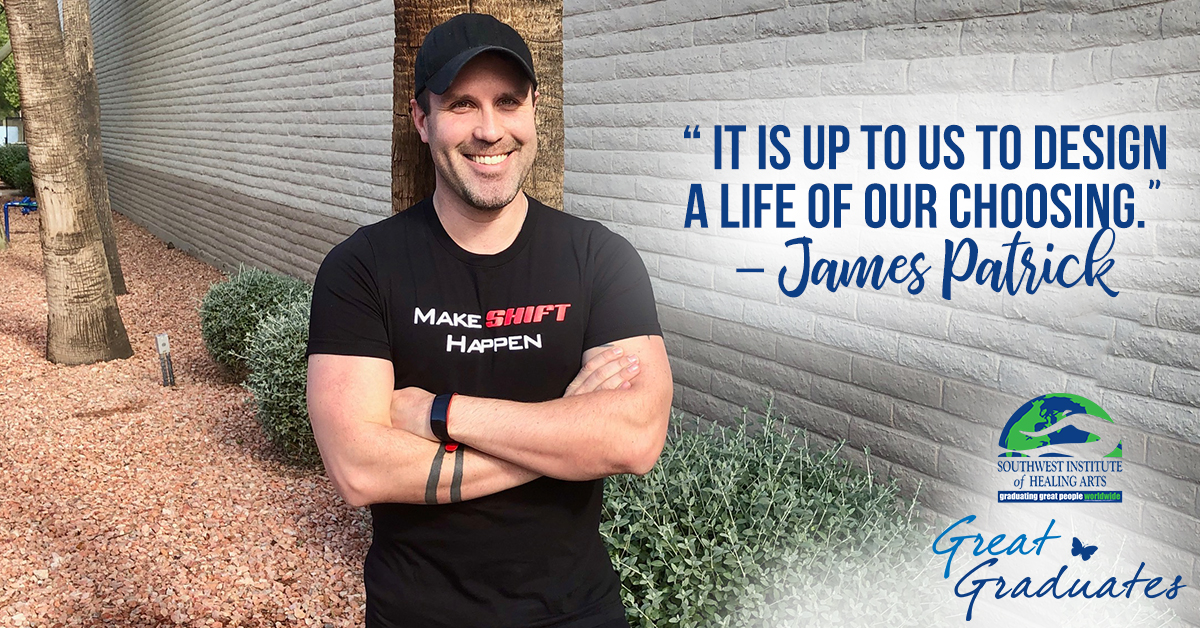 “At some point, everyone needs a coach,” explains James Patrick, “Life happens to us all and sometimes the best tool to have is someone to listen and support. It makes things a little clearer and a little less complicated.”

Seventeen years ago, James stopped at a deli in upstate New York and something curious caught his eye: a SWIHA class calendar! He paged through it and was immediately drawn to Life Coaching. What piqued his interest even more was that he’d already been planning a move to Arizona.

“I came to visit and tour the school, however I didn’t officially sign up until 2007.  Per the quote by George Bernard Shaw, I was still busy finding myself in who I thought I was supposed to be versus creating myself into who I chose to be.“ 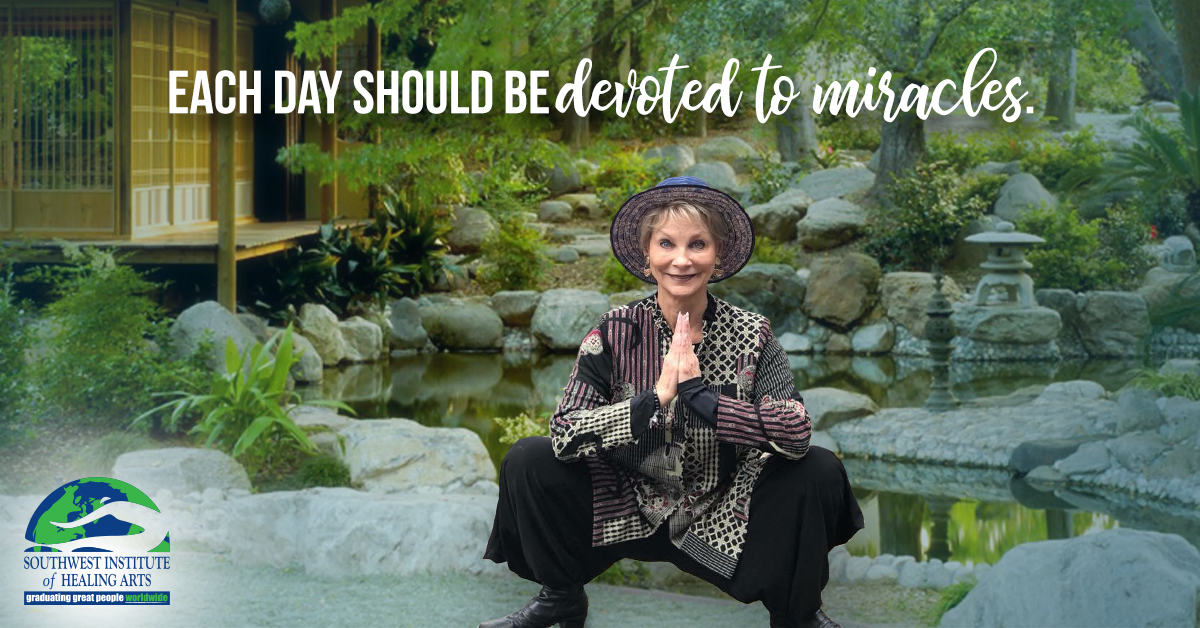 What would happen if the success manual or business guide you chose for 2019 was in titled A Course In Miracles?

It just so happens, there is such a book! It was written, or ‘scribed’, by a woman named Helen Schucman, a self-described skeptic who was resistant to the thought that she would do something as important as delivering Divine ‘insights’.

Can you relate? Have you ever received profound messages during meditation, while journaling, or even during a session with a client? Did you question where this divine intelligence was coming from? 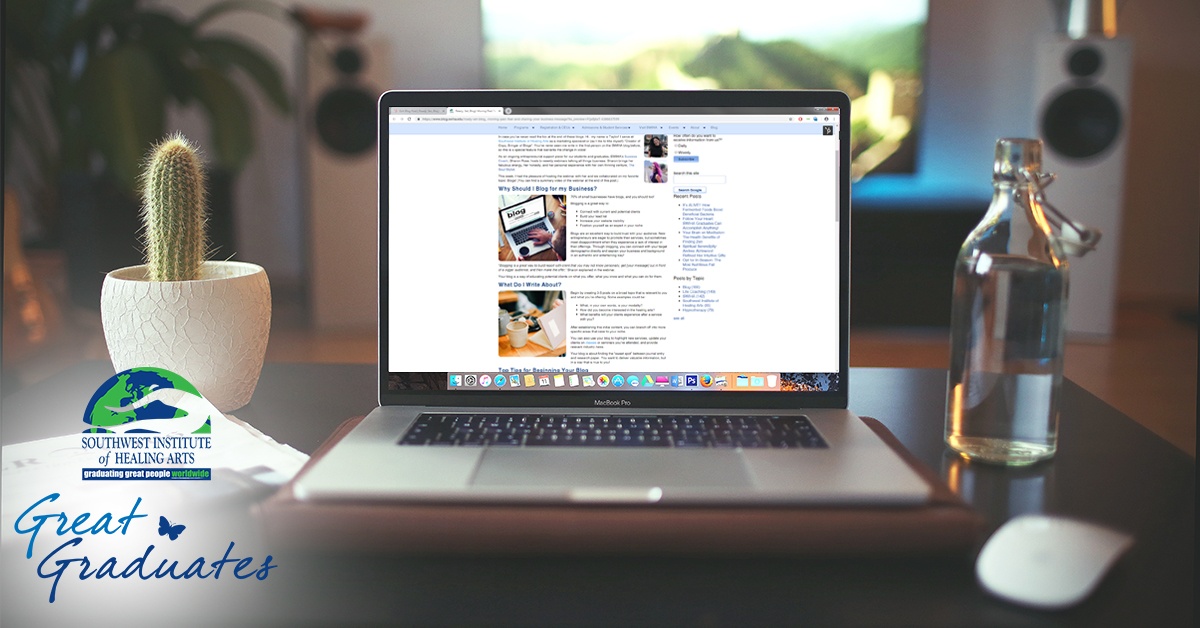 In case you’ve never read the bio at the end of these blogs: Hi, my name is Taylor! I serve at Southwest Institute of Healing Arts as a marketing specialist or (as I like to title myself) “Creator of Copy, Bringer of Blogs”. You’ve never seen me write in the first person on the SWIHA blog before, so this is a special feature that warrants the change in voice!

As an ongoing entrepreneurial support piece for our students and graduates, SWIHA’s Success Coach, Sharon Rose, hosts bi-weekly webinars talking all things business. Sharon brings her fabulous energy, her honesty, and her personal experience with her own thriving venture, The Soul Stylist. 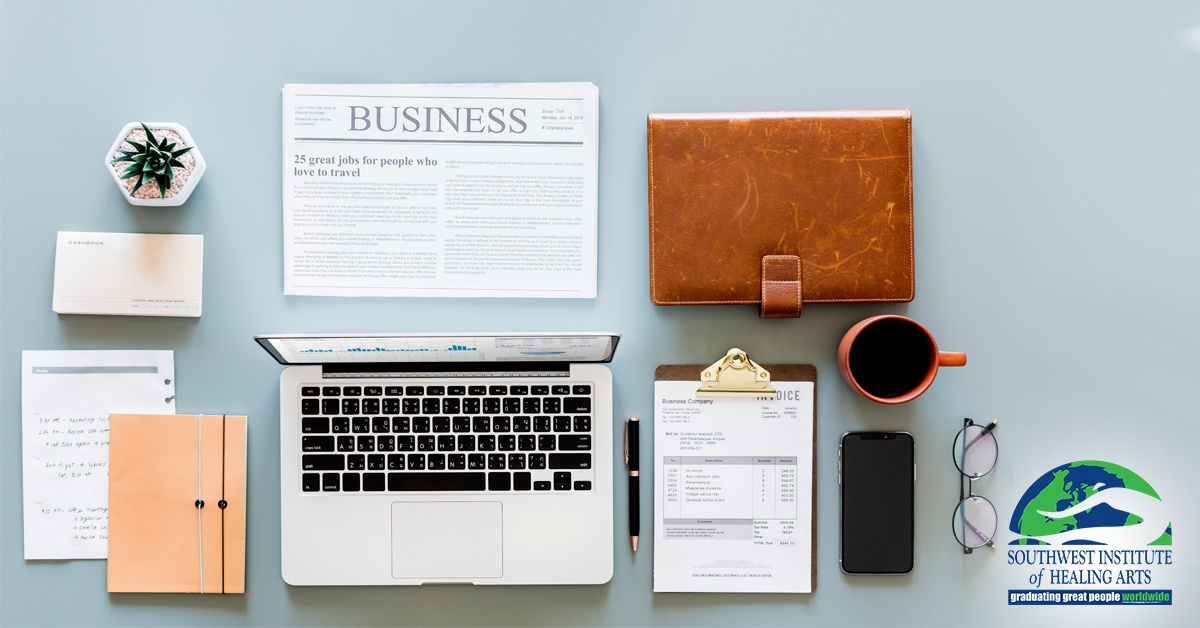 If you’re a part of SWIHA’s student and graduate Conscious Branding group on Facebook, you’ve surely picked up a few hints from this #bosslady during her informative (and fun!) live videos. Sharon Rose graduated from the Advanced Yoga Teacher and Healing Arts Practitioner program, and alongside building her own coaching business as The Soul Stylist, she serves as a Success Coach at Southwest Institute of Healing Arts, supporting students and graduates embarking on the journey of entrepreneurship.

Today, Sharon Rose gives you her answers to some of the many questions that budding holistic business owners bring to SWIHA’s Success Center: It has been said that, “All that wander are not lost,” and that certainly applies to Alexandria Cordero, a graduate of SWIHA’s 200-hour Yoga Teacher Training program.

Alexandria had begun to feel stifled in Chicago and was seeking a fresh start, so she packed up her life and moved to Arizona with the intention of attending veterinarian school. Yet, after arriving and truly thinking over the prospects of paying over $200,000 for that schooling, she decided to take a year off and explore the new state which she had chosen to call home. Thinking of that time, she jokes, “My yoga practice was taking off with all of the free hot yoga on my patio every morning!”

After being encouraged to do so by a friend, Alexandria found herself attending an open house at SWIHA. “I knew that this was where I was supposed to be,” she says. “I decided to start with the 200-hour Yoga Teacher Training fast-track to see how I liked teaching yoga... I LOVED IT!” In the program, she went through deep personal transformation and found connections to yoga and the community of SWIHA unlike any she had ever experienced before.

Loree Bischoff: Soaring Through the Sky with a Career in Life Coaching Author and Life Coach Loree Bischoff was always intrigued by what makes people tick, why they think the way that they do, and what motivates them. In 2007, she and her sister noticed that many of the mothers they knew were struggling on some level to find balance in their lives. Recognizing a need for moms to have access to new tools and strategies for achieving a more balanced and fulfilling life, they developed a special event called “Motherhood Redefined”— a weekend seminar for mothers consisting of speakers, interactive workshops, and fun for everyone in attendance. What she didn’t expect was that her event to help others find balance on their path would lead her to the beginning of finding a new path for herself.

“Motherhood Redefined” was extremely well-received, and Loree knew then and there that what she really wanted was to begin her own private coaching practice. “I was not familiar with life coaching as a profession at that time. One of the speakers we hired happened to be a life coach and suggested I check out SWIHA,” she says. “I had begun studying spirituality in the early eighties (thanks to my mother)… being an important aspect of my life, it was a priority for me to find a life coach training program where spirituality wouldn’t be excluded.” To her delight, that was exactly what she found when, in the spring of 2008, she enrolled in SWIHA's life coaching training program. Loree feels that, “There couldn’t have been a more perfect fit.”

Life Coaching Corner: How Well Do You Know Your Neighbor? Get Off Selfish Island! Do you know your neighbors or those you work with very well? Do you know what their big dreams are (or were) and the things that prevent them from achieving them?

If you can say "yes" to truly knowing your neighbors or workmates, you are among the minority. According to a General Social Survey, more than a third of the population in the US says they don't know their neighbors at all, and over half admit that they rarely or never interact with their neighbors.

Sadly, I was part of that statistic. I've lived across the street for over 15 years from a woman I have barely spoken to or interacted with, other than an occasional wave as I was driving away to work or coming back home at the end of the day. No big deal, right? Wrong!