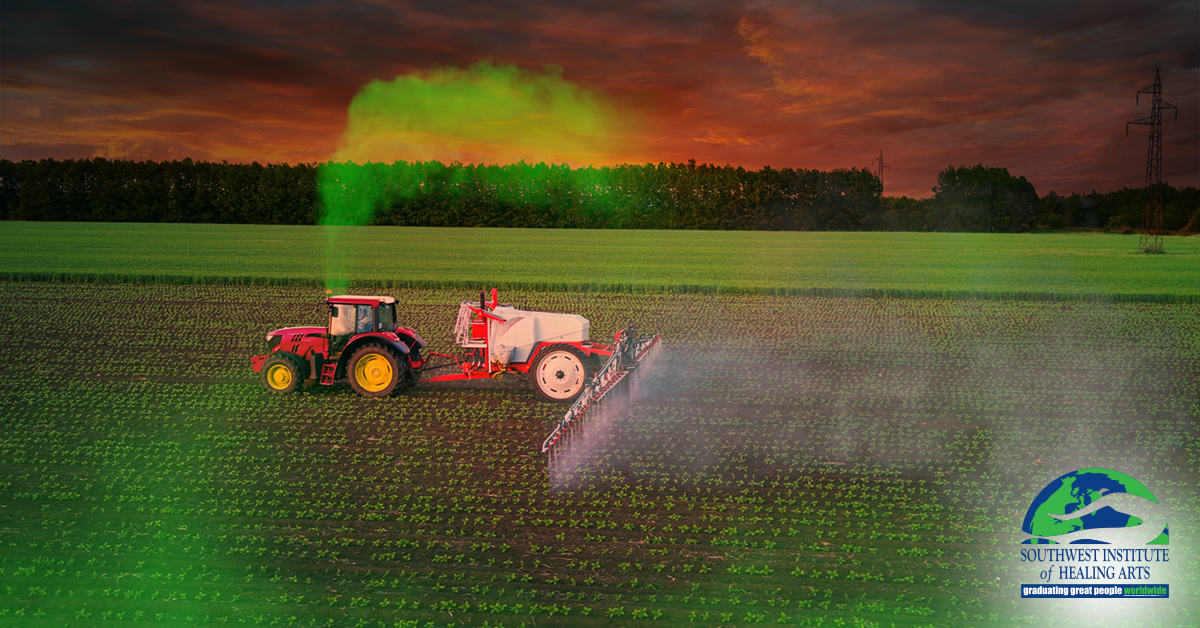 Every year, the EWG (Environmental Working Group) analyzes the chemical residue on fruits and vegetables widely available in the average grocery store. Their report notes things such as the average number of pesticides found on a single sample and the maximum number of particles detected.

Sharon Rose made the trek out to Arizona following an opportunity in her previous career of hospitality and to experience a much-needed change in scenery. Attending a school like Southwest Institute of Healing Arts was far from her mind. At the time, she had no idea that her recreational and self-preservationist interests in yoga would become such huge components of her life path, and ultimately, the fulfillment of her life purpose.

After four months here in the desert, a sinking feeling began to creep into her soul that something significant was missing. Looking back, she shares, “I became uninspired and mentally checked out. I started practicing yoga at Spirit of Yoga around this time. I realized then that I wanted to pursue yoga full time and decided to look into SWIHA.” Meet Cameo Rose of Foxy Fruit Açai Bowls & Smoothies! This girl is serving beautiful bowls to beautiful souls and changing lives through her passion for and knowledge of Holistic Nutrition.

This dream life wasn’t always her reality, though. To hear Cameo talk about her sheer fervor and zeal for Holistic Nutrition and Urban Farming, you would never believe that just a few years ago before attending SWIHA, Cameo found herself trapped in a cycle of negativity. As she puts it, “I knew something had to give, or else I would feel this way forever.” She decided to dive in and begin researching how to live a more healthful life.

From there, she was exposed to a seemingly infinite fount of information about healthy eating. She talks of this time fondly; as if her life burst open, made colorful in the presence of organic options after living for years in the black and white world of processed foods and unconscious living. “I started falling in love with healthy eating, creating delicious vegetarian recipes, and taking care of my mind, body, and soul for what seemed [to be] the first time in my life.”