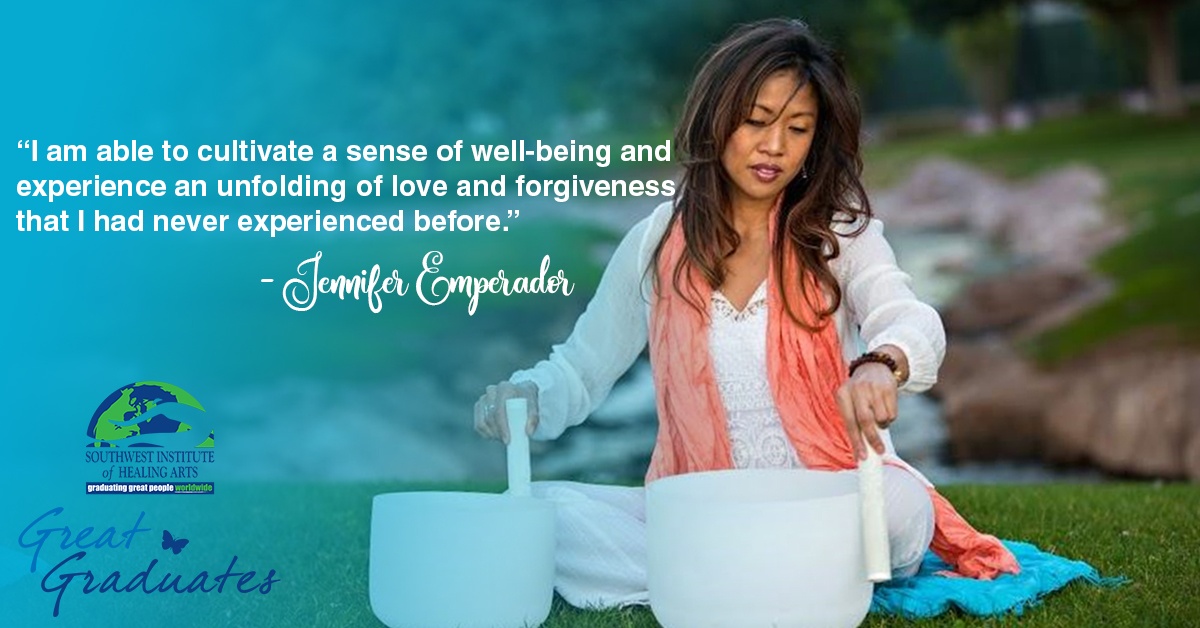 “It is our Soul’s divine journey into a still point, a quality that is filled with a richness of rhythm and harmony,” is how Jennifer Emperador, a SWIHA admissions coach and holistic practitioner, defines the practice of sound healing.

Jennifer has graduated from SWIHA’s Hypnotherapy, Life Coaching, Yoga and Yoga Nidra programs--just to name a few!--though, the modality she most has a passion for is sound healing.

“What’s there not to love?! I was introduced to sound healing back in 2010 and hooked ever since!“ says Jennifer, “All of my instruments emanate energy and I named them based on the energy they hold. For me, they are ‘alive’ and have developed a status of their own.”

Never Give Up: How Nicole Fonovich Turned a Life of Pain into a Personal Revolution 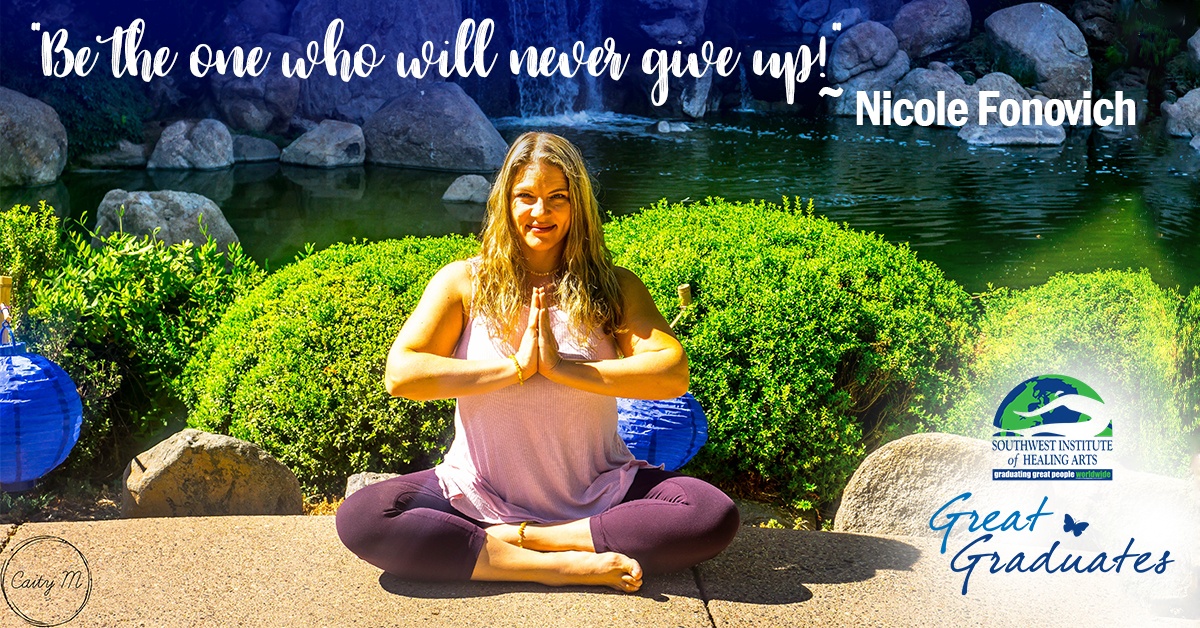 For Nicole Fonovich, life was looking increasingly bleak. Born with two autoimmune diseases, a softball-sized fatty benign tumor between her shoulder blades, and a degenerative disc ailment, Nicole was struggling to tread the gray waters of her faltering health. Not only were her maladies causing her immense physical strife—including two surgeries on her lower back, another two surgeries to deal with the tumor, and a spinal fusion—they were also creating immense personal and emotional loss in the form of two miscarriages. 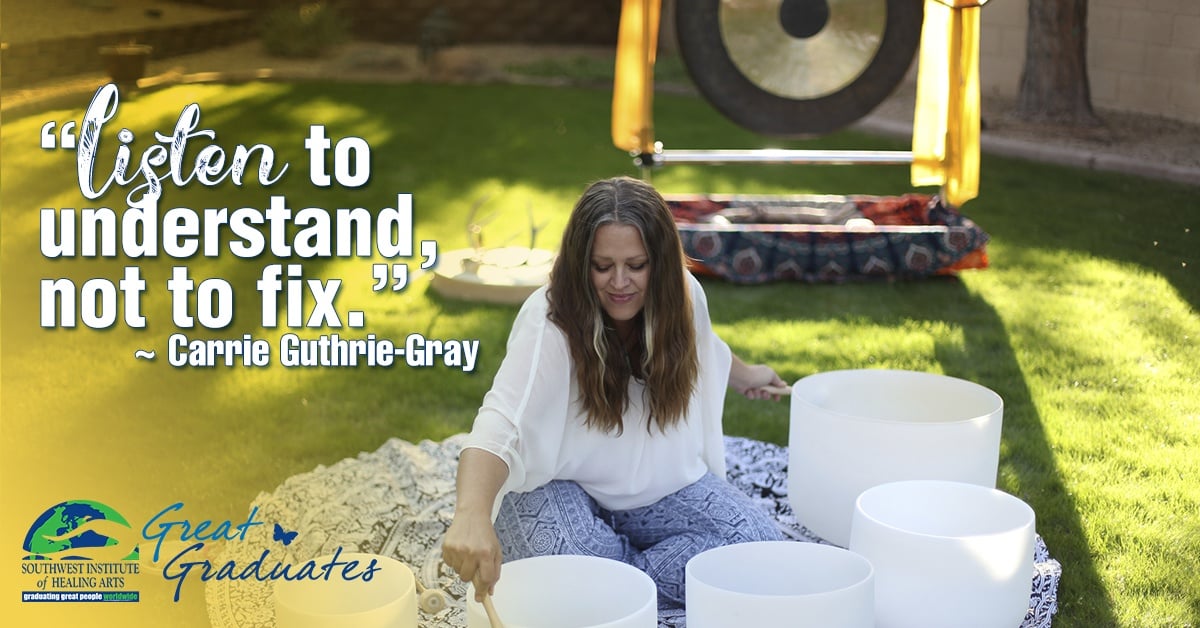 Serving the Streets: Jason Taylor Talks Giving Hope, Help, and a Hot Meal to the Homeless 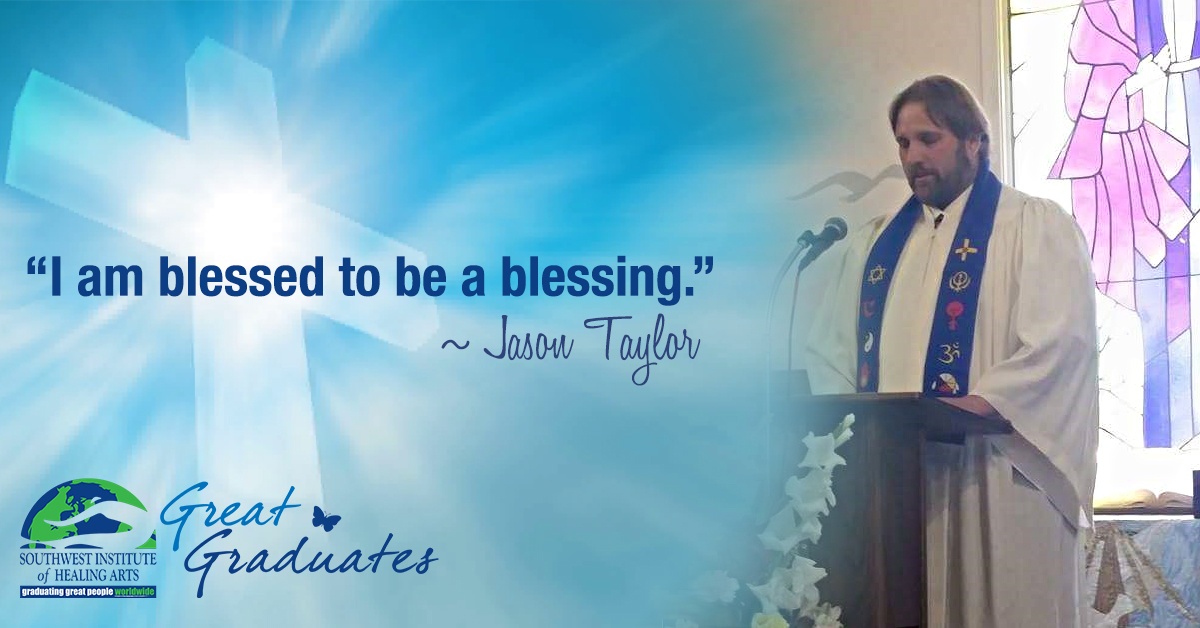 For Jason Taylor, life before SWIHA felts like a numbers game. On the surface, he appeared to be a successful executive chef and restaurant manager. He had a “never say die” attitude—one which guided his spirit as he overcame addiction, abuse, and homelessness. Yet, despite the difficult hurdles he had surpassed and the assistance of many kind people along the way, Jason had still not dealt with the root of his pain. Jenna Gully was doing the same thing many high school graduates end up doing: going to college for something she had an interest in without knowing where it would lead her or how she would use the skills she was learning in a practical way. As is often the case without that big “end picture” goal—without the drive of a vision to work towards—college had become more of a vehicle for social interaction than for personal growth. Jenna soon came to realize that she wanted more out of life… that she wanted to do something that supported a healthy and active lifestyle, something that would spark her growth as a person, that could give her direction and the motivation of working towards a career she could be excited about. In 2013, she dropped out of college and started moving in that direction.

Yoga has always been a part of Jenna’s life. Her mother had been sharing the experience of yoga with her since a young age, giving her the gift of a physical practice that was sustaining and ever evolving. After witnessing her mother’s own experience as a student in the Yoga Teacher Training program at Spirit of Yoga, Jenna realized she was being drawn to the program herself, wanting to expand on the physical practice she had enjoyed throughout the years by adding the technical, philosophical, and energetic components and developing her gift of healing touch. In 2014, she enrolled herself in the 200-hour YTT program at SOY. After several years of emotional and physical struggle to complete her Bachelors from ASU in Design Studies, Natalie found herself sinking into a feeling many recent grads become mired in. She was uncertain of her path, worried that she had wasted mountains of money and years of her life on an unfulfilling career path, and couldn't see through the fog of fear that began to form around her. She knew on a visceral level that her soul longed to express itself creatively. However, no plan that she was able to forge in her mind painted a picture that she felt truly passionate to pursue. The only thing she knew for certain was that Corporate America would never be her home, and that she was determined to become her own boss. Sadly, like a self-fulfilling prophecy, Natalie wound up in a call center after graduation and could feel her happiness slipping away each day.

Later 2011, after a series of “rock bottom moments,” Natalie decided to turn her attention toward her health and wellness to try and recalibrate, by participating in a 30-day hot yoga challenge with friends. Though she had previously practiced informally, this was her first fully-immersive experience into the world of yoga.

Leading the Way and Finding Your True Self Through Yoga & Meditation A Story from our Great Graduate Deborah South-McEvoy

Deborah South-McEvoy happily admits that something bigger than herself brought her to Southwest Institute of Healing Arts (SWIHA). She had heard of the school and was intrigued by it, and she even said that she fought the urgings to enroll. After three years of thinking about it, she finally enrolled in the Yoga Teacher Training 200-hour program along with Yoga Nidra and Yoga Gong.

Yoga was not new to Deborah. She had been taking yoga classes off and on for the six years prior to starting her teaching training. During those six years, this Leo-Lioness started to yearn for more knowledge. “I was on fire with passion and know I needed to pass the information on to others through teaching.”

Since completing her training, Deborah has gone on to create Dare to Soar Yoga, LLC . She is passionate about bringing affordable yoga to the people of Casa Grande, as well as building a yoga community in the town she has resided since 1980. She now teaches beginner and intermediate yoga classes at Central Arizona College. She also facilitates a chair yoga class and a yoga nidra and gong class at the local Cancer Support Center in Casa Grande, AZ. It is the lack of yoga studios in Casa Grande that fueled her passion to go into business for herself. She rented a space at first and is now thrilled to be offering yoga at these two facilities. She still rents a space when she has opportunities to work with private clients. Her services include Beginner, Advanced, and Chair Yoga along with Gong Meditation and Yoga Nidra. Her teaching has a strong emphasis in alignment; breathing and meditation; and also integrating the physical, mental, energetic, and spiritual teachings of the tradition. Deborah believes that yoga enhances the balance between body, mind, and spirit, bringing health to the body and soul through movement, meditation, and the use of breath work as a way of relaxation and gazing inward.

Pain, Be Gong! The Art of Vibrational Healing and Yoga The monthly event, Gifts and Graces, is initially what brought Tara Walker-Munroe to Southwest Institute of Healing Arts (SWIHA). That evening led her to enroll in the 800-hour Yoga Teacher Training program at Spirit of Yoga (SOY), SWIHA’s extended yoga school and studio. Now that she has graduated, Tara reflected that the first 200 hours of her Yoga Teacher Training were actually her favorite part of the entire program.

“There is such a sense of community that is built. So much love and compassion shared all while learning how to help others find themselves, find stillness, and cultivate peace. It's a beautiful experience. Even if someone is not interested in teaching, the 200-hour Yoga Teacher Training program is great for self discovery, self growth, self knowledge.”

During her yoga training, Tara found that her favorite teachers were Laura McKinzie, Duane Armitage, Aradhana Kaur, and India Bee. She shared that they all taught with compassion and grace. During her training, she learned the tools needed to succeed and were instilled with the confidence needed to face self-doubt. “I also have to say my fellow classmates inspired me. When you embark on such a journey, the opportunity for learning is all around you.” Tara wanted to add that she also loved her Polarity teachers- Gilad, Tracy, and Dina. In all honesty, she knows there are people she is leaving out so she shared that it's safe to say that she loved all her teachers at SWIHA/SOY.

Keeping Life Positive with Yoga & Life Coaching:  In the Now and Moving Forward Orlando Green was employed as a Student Advisor at Southwest Institute of Healing Arts (SWIHA) when he completed his Yoga Teacher Training (200-hour level) and Life Coaching Program. He considers himself a continuing student having also completed the Hatha Gong program with Duane Armitage. His move to Puerto Rico has put his work towards becoming a  Yoga Therapist on hold.  However, his life has not been on hold, for even a minute, since arriving on the tropic paradise!

When asked about his favorite class while studying at SWIHA, Orlando shared that his favorite class was not actually in his Yoga Teacher Training program, rather in SWIHA’s Spirit of Yoga (SOY) studio: “My first step into SOY was on a Saturday Intro to Yoga class taught by Aradhana Armitage. I had been very reluctant to do yoga due to my back injury – yet after some urging from several colleagues at SWIHA that included a ‘double dare ya’ – I attended Aradhana’s class. She was very aware of my limitations and made me feel welcome in spite of what I perceived as limitations. After the first four weeks of yoga, I returned for an additional four weeks—and then I was hooked.   I began my Yoga Teacher Training shortly thereafter.”