A Better Burger? The Trouble with Imitation Meat (And a Vegan Recipe to Replace It!)

Last week, we introduced you to three simple, fast methods for making homemade condiments for your vegan cookout. This week, we’re going to show you how to swap out your traditional burger for a better, meatless option that honors the principles of holistic nutrition. 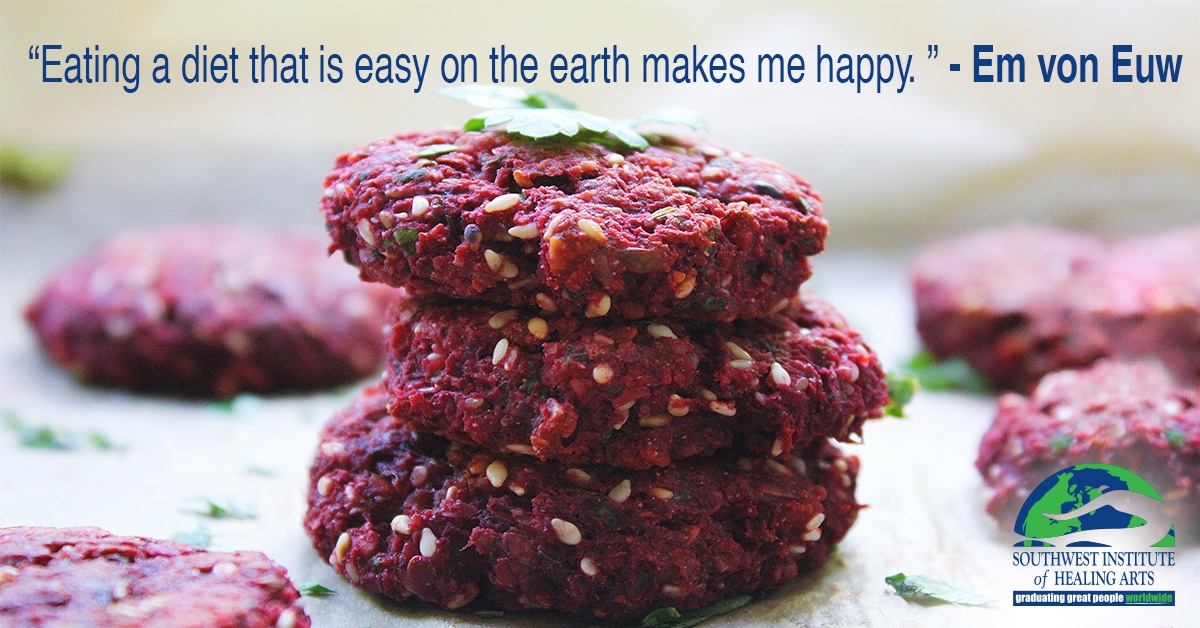 The Trouble with Red Meat… And Its Imitators

By now, most of us are familiar with the pitfalls of consuming red meat. It’s bad for the environment, serves as a drain on limited resources, and can be troubling for the digestive systems of many folks. Eating ground beef means taking on a whole other host of specific risks. In fact, Gaia rates it as the sixth worst meat to add to your grocery list due to the high risk of E. coli contamination, the lack of standards around the slaughtering and grinding processes, and the poor nutritional content of the meat itself.

Meatless burgers are an increasingly popular solution for those who are not quite ready to give up their meat cravings yet who still are interested in switching over to a plant-based diet. Cruise down the frozen aisle of your local health store and you’re likely to find any number of burger imposters meant to look, taste, and feel like authentic ground meat. Manufacturers have even gone as far as to devote time and resources into figuring out how to make these patties “bleed” like a real burger, using add-ins like beet juice to create such an “experience” for consumers.

Such imitators are typically composed of modified soy, food starches, and plant-based heme iron. The latter of these three—while responsible for effectively mimicking the color and flavor of red meat—can lead to cellular damage when consumed in excess. While one well-known brand of imitation burgers filed a “generally recognized as safe” (or GRAS) notice in regards to their use of leghemoglobin in 2014, the FDA indicated that it wasn’t so sure, citing the fact that the yeast used to create leghemoglobin within a laboratory co-produces 40 other yeast proteins in the process. How many of these yeast proteins really belong in a food product is entirely undecided.

To make matters so much worse, it has recently been uncovered that one of the most popular meatless burger brands using leghemoglobin has been feeding it to laboratory rats and autopsying them in order to test the iron’s safety for humans. Whether or not Needless to say, this directly defies the very principles of veganism—and of creating vegan-friendly products.

The use of this problematic iron aside, the other ingredients present in fake meat patties certainly don’t render meatless burgers an adequate fix for those with soy or wheat allergies. Further complicating this matter is the fact that fake burgers contain astronomical salt levels in comparison to their meat counterparts as a method of compensating for flavor and aiding in preservation—as much as five time the sodium.

So, if these burgers aren’t exactly the healthiest options—and if some of them are actively hurting animals in the process of their development—why do aspiring vegans, vegetarians, and flexitarians keep turning to them?

Psychologist Melanie Joy explains that our obsession with creating a plant-based patty that mimics meat boils down to conditioning: we see meat and dairy as edible food products, rather than components of other living beings. Most of us were raised with meat on the dinner table and, thus, have been socialized to believe that it belongs there. “We associate meat with food and pleasant culinary experiences, such as family traditions,” Joy writes in The Independent, “and we have a desire for foods we have a long-term association of pleasurable experiences with.” 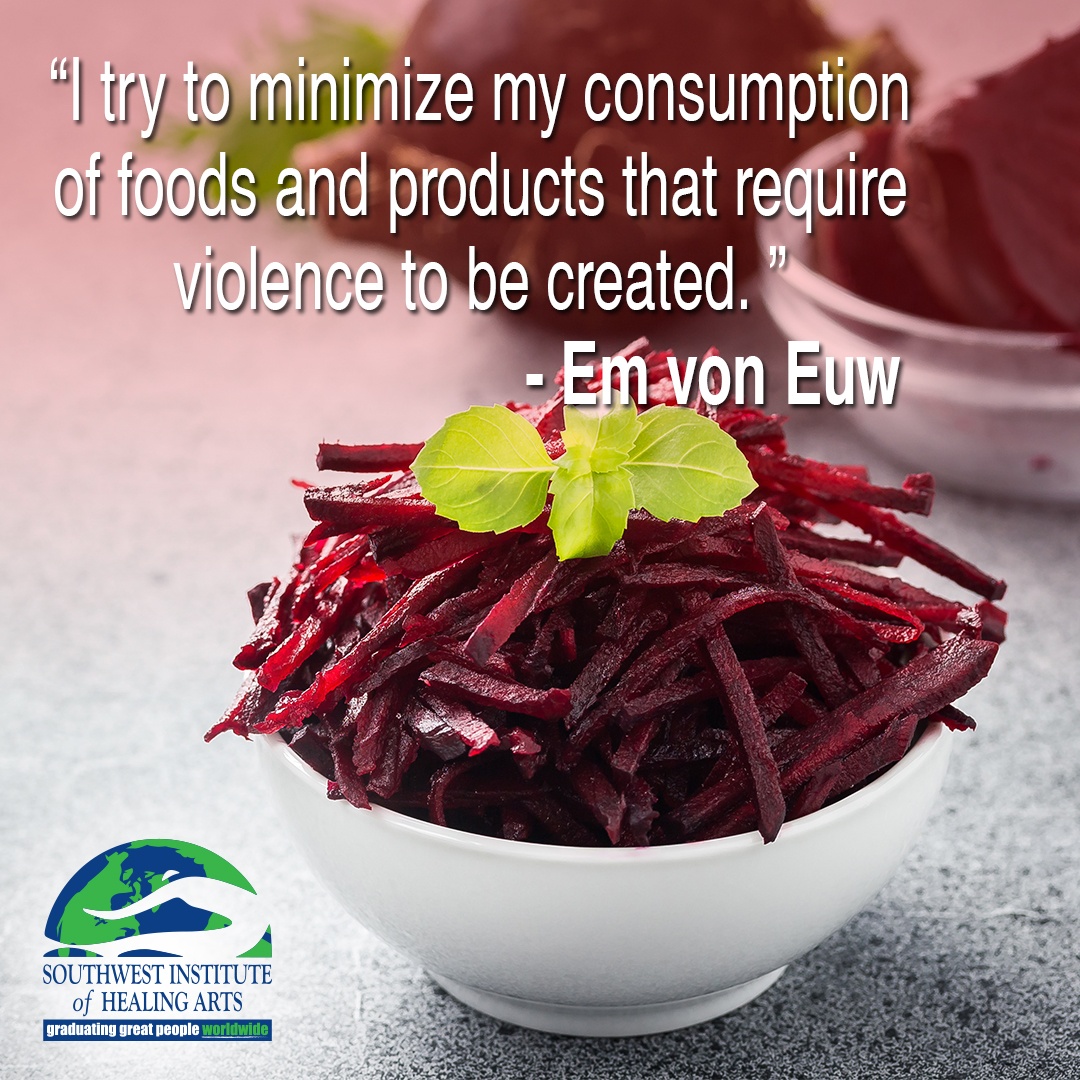 Breaking this cycle of memory and sensory association—and finding a truly better alternative to a burger—is a matter of revisiting our own attitudes toward meat consumption. Enter Em von Euw, beloved blogger and author of The Rawsome Vegan Cookbook, who has been vegan since she was sixteen years old, a life choice that was solidified by one simple fact: it makes her feel good!

According to Em, switching over to a plant-based diet was an exercise in finding joy. “I believe health is the foundation for high-quality living, and when we have the ability to live well, we can achieve bliss,” she writes. “Think about it this way: we are alive because of our bodies—we exist and live through them—so doesn’t it make sense to keep your body (i.e. the vehicle that lets you experience the world) in the best shape possible? Heck yeah, it does.”

Em’s decision was also motivated by the ethical ramifications of eating or using animal products. “With the knowledge I’ve learned about what meat and dairy do to me, you, our earth, and our fellow animals, I try to minimize my consumption of foods and products that require violence to be created,” she explains. “Nobody should have to die just so I can eat a sandwich.”

At the same time, she recognizes that going vegan is not necessarily the right choice—or even an available choice—for everyone. “[N]ot all vegan foods are ethically-sound,” she states on her website. “Thanks to corrupt food production and distribution systems and uneven international power relations dating back to formal colonialist policies, much of the food purchased and consumed in settler states… is produced in unfairly paid, unsafe work conditions by marginalized communities… Veganism is not a perfect diet or lifestyle, and in fact it is wrapped up in many issues involving power and access.”

With all this in mind, Em has presented a series of recipes within her cookbook that balance both vegan and raw vegan approaches to eating. “I love both these kinds of eating; raw recipes are hydrating, light and colorful while cooked foods are grounding, nourishing and hearty,” she writes. “Eating a diet that is easy on the earth makes me happy, so I eat plants.”

Give Em’s recipe for a vegan burger—which subs out gluten and wheat-heavy buns for portabello mushroom caps and greasy meat for a spiced yam patty—a try below and make sure to check out her cookbook!