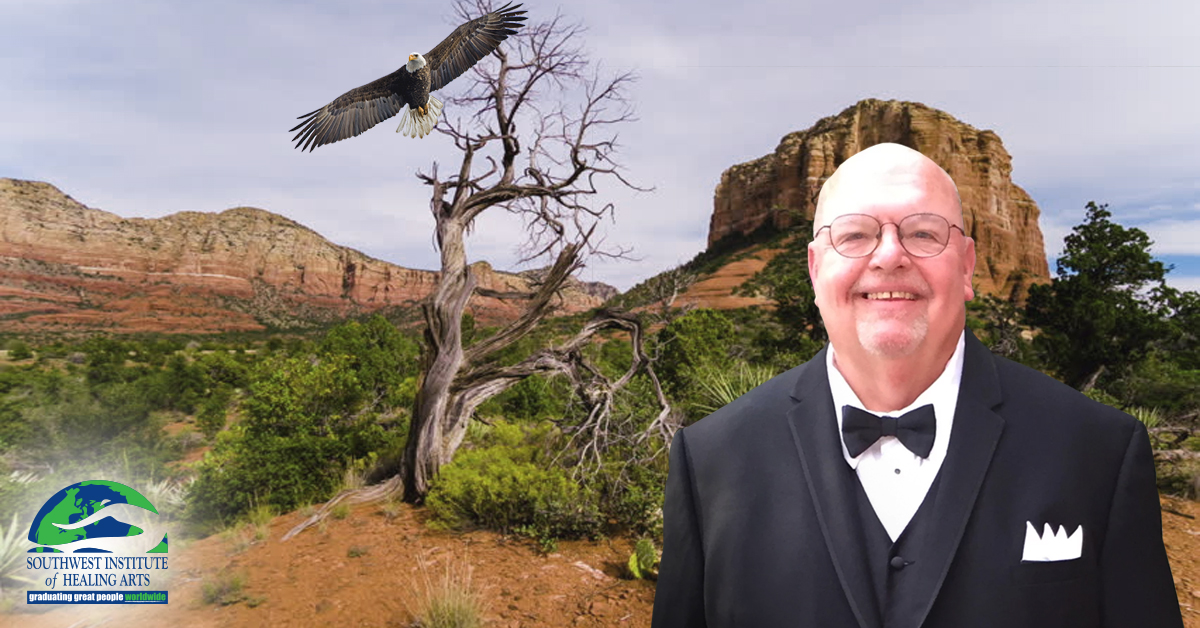 “When I forget Spirit he/she taps me on the head, or hammers at me.” Stephen Crawford says with a laugh, “Then I know I need to be reminded that I am a spiritual being having a physical experience. And I get active again in thought, word and deed.”

Stephen Crawford is a man of many talents: He is a Reiki Master, a member of the International Association of Coaches, a Transpersonal Hypnotherapist and a member of The American Board of Hypnotherapy. Stephen is also a graduate of Southwest Institute of Healing Arts, having completed the Reiki, Life Coaching and Hypnotherapy certificates. The list doesn’t end there, however: He’s also a voice coach with forty-seven years of experience!

“My life [before SWIHA] was so stressful because I didn’t know how to manage it. When I lived in Connecticut I had a friend who was taking a healing arts program. She asked me if I wanted a ‘healing touch’ session as part of her studies. The instant she touched me I went off to a different world. I soared like an eagle. I was somewhere where there were canyons and lakes and tribes.“

When Stephen moved to Arizona in 2002, he clearly felt his friend’s presence. “I had the feeling that I was being led to something,” he says, “It took me a while but eventually I found SWIHA. I met with an advisor there and he suggested I take Reiki, and WOW! was he right. It unlocked a different world for me.”

“When I had my first attunement in Reiki it was like a huge universe opened up that I had never experienced,” Stephen tells us, “The path was then clear and synchronized beautifully with my vocal teaching.”

Stephen cites his desire to assist people in their growth as his passion and mission: “When I touch people physically or with my voice teaching, they grow and find their own passion. There is no greater gift I could ever give to them.”

He adds: “I have many gifts, I want to share them, and I want people to succeed!”

Stephen also adds: “Spirit recently told me that my NEW mission is to help people by offering my space to those in need.” He’s offering to share his space, including the use of a fabulous Far Infrared Healing mat containing over 21 pounds of amethyst and tourmaline crystals!

You can reach out to Stephen about his available space by connecting with him on Facebook.