Four years ago, Maribel Hernandez was quickly climbing the corporate ladder at a large company and making great money. She knows that, for some, that is the ultimate goal. She explains to us, though: “I was miserable. My body was giving me signs that it was under too much stress. I was on edge. I wasn’t eating or sleeping well. I had been through a massive life-changing experience and had embarked on a ‘dark night of the soul’.” 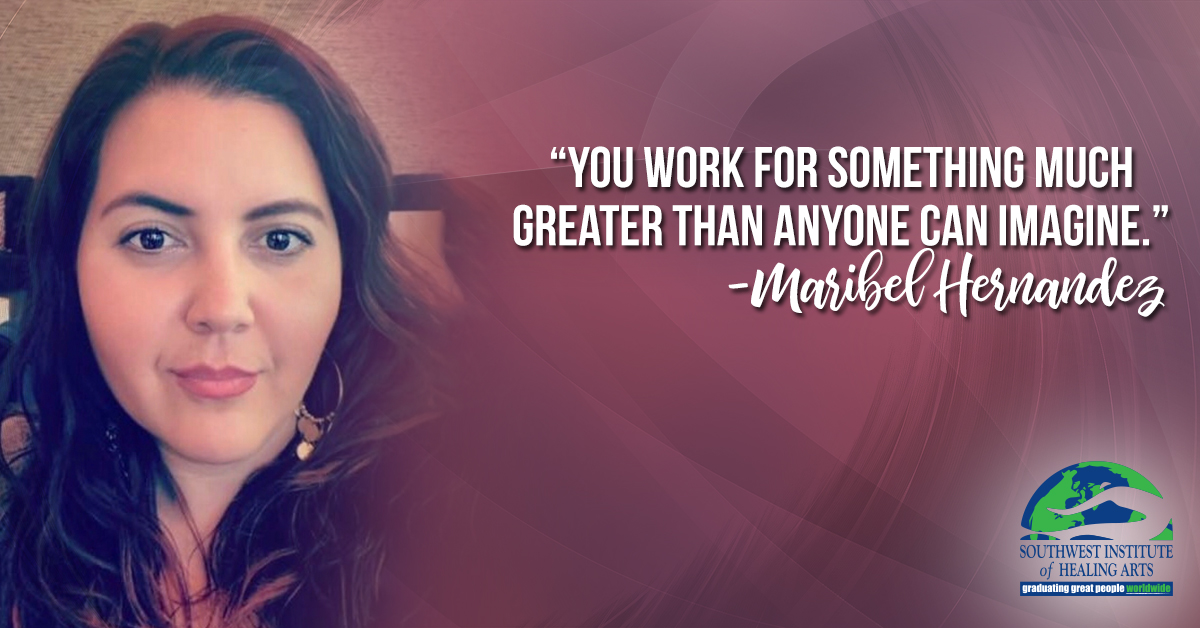 During her search for health and happiness, Maribel was invited to a restorative yoga class and immediately fell in love with the practice. She began taking workshops and one-on-one yoga coaching to expand her knowledge and dedication to yoga.

Maribel tells us: “A year later, the tools I had been given were put to the test.  My beloved brother Matt became sick and passed away three months later.  A month after his death, my mentor stopped me after a class and told me about SWIHA.  She suggested that the Yoga Teacher Training program could greatly benefit me on the next phase of my journey. I Googled SWIHA and made an appointment. Three years later I am still expanding my education!”

For Maribel, Life Coaching was a journey of self-reflection and self-discovery. She has found her niche is inspired by her own story: guiding people back to their light during the dark night of the soul.  She uses reiki, angel readings, sound healing, crystals and intuitive coaching to serve her clients. Her favorite question to ask during a session is: “Where do you want to go from here?”

She shares this experience with us: “I had a client when I first started that was in a tough place. They were drinking and doing drugs and couldn’t see how to stop, yet had a desire to. During the first session, I gave three questions for them to journal around. I was worried about them as I said goodbye that day, so we scheduled the next session for two weeks out. When I saw them next, they pulled out their notebook and they had highlighted awareness they had around each question. They then let me know they had stopped some undesired behaviors after reflecting and had stopped drinking. After about three months, they stopped drinking and doing drugs, had switched careers and had started implementing other desired life changes. Two years later, they have created a life they are happy to live!”

To those considering serving in the world as a Life Coach, Maribel says to you: “Every day, we have a choice of how we choose to show up.  Stay in alignment with your work, be spiritually reliable, and know that you work for something much greater than anyone can imagine.”