5 Things You Most Likely Didn’t Know About Coffee 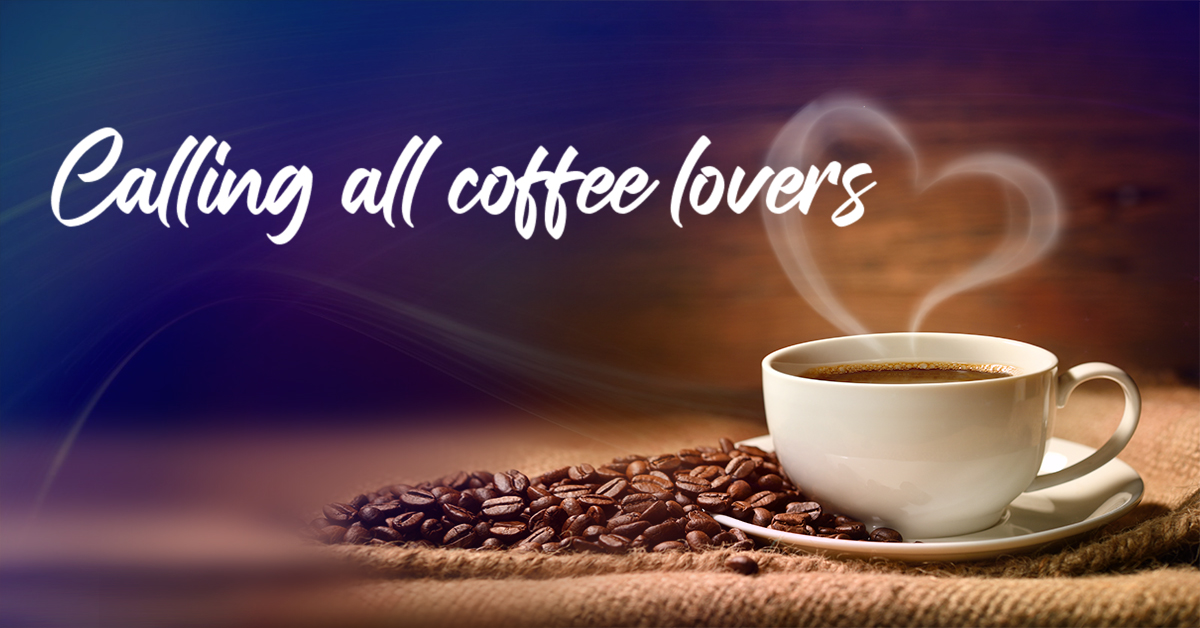 Coffee can help you live longer? This is how we brew it, people! Most start their mornings with a yawn…otherwise known as a silent scream for coffee. Specifically in the U.S. - people are IN LOVE with coffee. Roughly 62% of Americans drink coffee every day - coffee may as well just love us back. Research suggests that coffee may help reduce the risk of illnesses ranging from cancer to heart disease to Alzheimer’s. With coffee being super tasty, energizing, and a major source of antioxidants, what’s not to love?

In 2017, two massive studies were performed by the Annals of Internal Medicine which included more than half a million people over the span of about 16 years - let’s just say the results were convincing. The first study found that participants who drank the most coffee had the lowest risk of dying. Men’s risk was reduced by 12% and women’s risk was reduced by 7%. The second study, led by the University of Southern California found similar results as the first study. It was also observed that those who had a higher consumption of coffee had a lower risk of dying. If you aren’t a huge fan of coffee, you may be now! Let’s dive into five more reasons to love coffee even more.

Coffee Lovin’ Reason #1: Coffee is loaded with nutrients and antioxidants. Coffee isn’t just “bean water”, it actually contains a decent amount of vitamins and minerals. In fact, coffee is one of the biggest sources of antioxidants in the western diet, even outranking some fruits and vegetables. One cup of coffee contains sources of Vitamin B1, B2, B3, B5 as well as potassium and manganese. Like most Americans who have multiple cups of coffee a day, this all adds up quickly!

Coffee Lovin’ Reason #2: Coffee may be extremely good for your liver. The liver carries out so many important and vital functions of the body and is also vulnerable to modern dietary pitfalls. It has been found that coffee appears to lower one’s risk of cirrhosis by as much as 80% as well as liver cancer by around 40%.

Coffee Lovin’ Reason #3: Coffee may lower your risk of Type 2 Diabetes. In observational studies, coffee has been associated multiple times with a lower risk of type 2 diabetes. The reduction in risk ranges from 23% all the way up to 67%. A big review article looked at 16 studies with a total of 457.922 participants. Overall, the more coffee people drank, the lower their risk for Type 2 Diabetes.

Coffee Lovin’ Reason #4: Coffee can help you burn fat and improve physical performance. Partly due to caffeine’s stimulant effect on the central nervous system, it is found that it helps raise metabolism and increases the oxidation of fatty acids.

Coffee Lovin’ Reason #5: Coffee can make you smarter. The active ingredient of caffeine, which is a stimulant and the most commonly, consumed psychoactive substance in the world. Caffeine blocks the inhibitory neurotransmitter called adenosine in your brain. By doing so, actually increases neuronal firing in the brain and the release of dopamine and norepinephrine. More controlled studies have also found that caffeine can temporarily improve mood, reaction time, memory, vigilance, and general brain function. 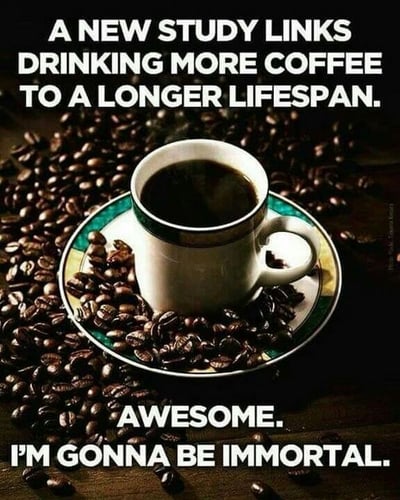 May your morning coffee give you the strength to makeit to your mid-morning coffee! Most Americans down multiple cups of coffee a day - and we are here for it! If these studies and results don’t convince you to drink more coffee, I don’t know what will. A full cup of joe that brings happiness AND a longer life? I’ll take 5 please! Seriously, with all jokes aside, drinking multiple cups a day, as read above in these multiple studies, has been observed to support longevity. Does the topic of health interest you? Do you have a passion to help yourself and others live a healthier and longer life? Here at Southwest Institute of Healing Arts, we understand that health is never the result of one single factor. Health outcomes are a complex interplay of many contributing influences—physical, chemical, genetic, mental, emotional, spiritual, social, and even environmental. That’s why our integrative and comprehensive nutrition programs are based on science with a whole-person perspective. Whether you are considering being a health coach, wellness advocate, or simply want to educate others to live and eat well, our nutrition programs embrace innate wisdom, nutrition science, whole foods, and lifestyle changes that empower optimal health.

About the Author Jade Marvin

Jade Marvin graduated with honors from Arizona State University with a BS in Business Digital Marketing. She is SWIHA’s Marketing Specialist who loves to write, dance, hang out with her friends and shop! When she’s not in the office, you’ll probably find her cuddling up with her cat & binge watching the latest show on Netflix.