When Will finished cosmetology school in 1976, within two years he opened his own hair salon — Will Zecco Hair and Skincare. Interestingly enough, Will’s dad became his biggest supporter, telling him often how proud he was of him and happy for him for making his dreams come true. Will rocked that business for 8 years, all the while teaching all across the country for Graham Webb International and Laboritorie Biosethique, teaching about the latest in hair and skincare, haircutting, and advanced color techniques. He was DOING a lot.

In 1989, Will closed his business and went to work in Boston for a company called La Pli Day Spa, a very high-end salon catering to the rich and famous. His clients included celebrities such as Jackie Kennedy Onassis, Lily Tomlin, Henry Kissinger, Lorna Luft, and Faye Dunaway — to name just a few. One important lesson he learned in this particular incarnation of his career was everyone looks pretty much the same with no makeup, wet hair, and a towel wrapped around their head. And that, on some level, people just want assurance others will approve of their hairstyle, their hair color, and the way they’re wearing their make-up. “I can’t tell you how many times these celebrities would look to me for approval and reassurance!” shares Will as he recalls days gone by.

During these glorious years, it should also be noted that Will was a single dad raising a teenage daughter. He did his best, and offers this advice, “BE there for your teens — it’s such a vulnerable time. It’s not so much about what you DO for them rather that you’re there for them during the times they need to cry and just have a safe space to process all that’s going on that they don’t totally understand!” In retrospect, Will realizes that learning to BE with a teenage daughter perfectly prepared him for the work he would eventually do with Yoga students.

Two additional incarnations came back to back. He became a grandfather for the first time, and he met his future husband while living in Boston. Once his grandson turned a year old, he and his new love, Wayne Hoffman, moved to Chandler, Arizona in 2003, where Will started work at a well-established salon called J’s Mind Body and Soul Spalon. It was quite a culture shock moving from Boston to what seemed like an almost rural area, comparatively. It was a very different vibe and a lot less money to DO what he had previously been very well compensated for. 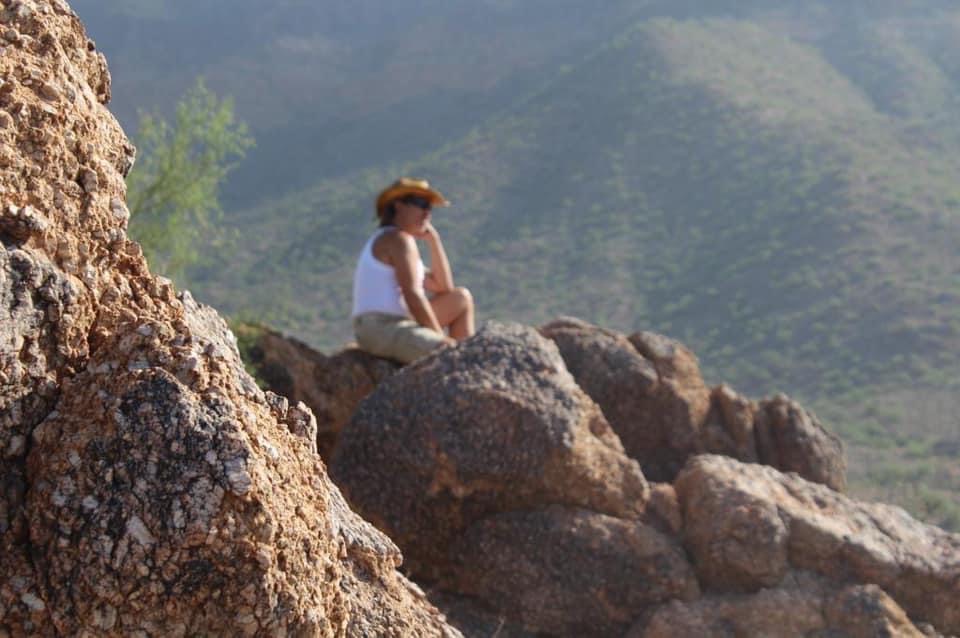 While trying to find his niche, Will got involved with the Chandler Chamber of Commerce and began to reach out to other businesses. He worked in the florist industry for a season and in catering as well, all the while branding himself as a ‘wedding specialist’ doing hair and makeup for brides and their entire entourages.

Ready for a new incarnation, and to leave the cosmetology field behind, Will applied for an admissions position at SWIHA. Instead, he was offered the position of Director of Education at SWINA. His past had perfectly prepared him to help develop and teach the makeup part of the curriculum, as well as all the business skills needed to be a self-employed aesthetician. He thrived, contributed greatly, and yet admitted he felt ready for yet another reinvention of himself and his career.

As fate would have it, a beautiful large hair salon just across the pond from SWINA became available to rent. Immediately, Will saw an amazing opportunity to help transform the space into an educational facility and yoga studio. So in 2011, Will and his husband Wayne, took on the monumental task of gutting the building, finding homes for 20 cosmetology stations (sinks, chairs, mirrors, etc.), capping off all the plumbing, and erecting walls to create three yoga studios. The only thing that remained the same was the big reception island. Will and Wayne handpicked every little detail of the studio, down to the inlaid coins in the flooring, and oversaw the creation of the Tory gate that graces the entrance of the studio hallway of Spirit of Yoga — a premier yoga studio in Tempe, Arizona.

Standing back to take inventory of all that had been done in a very short time, Will was invited to yet another reincarnation — to become a Yoga teacher. He enrolled in the first YTT, Yoga Teacher Training, offered in the new building. Without missing a step, Will completed his Advanced Yoga Teacher training program immediately thereafter and began teaching studio class. Three short years later, Will began to co-lead a 200-hour Yoga Teacher Training program, and moved into the position of Director of Yoga for Spirit of Yoga, serving as a Student Advisor and mentor for those yogis in the Advanced YTT programs. 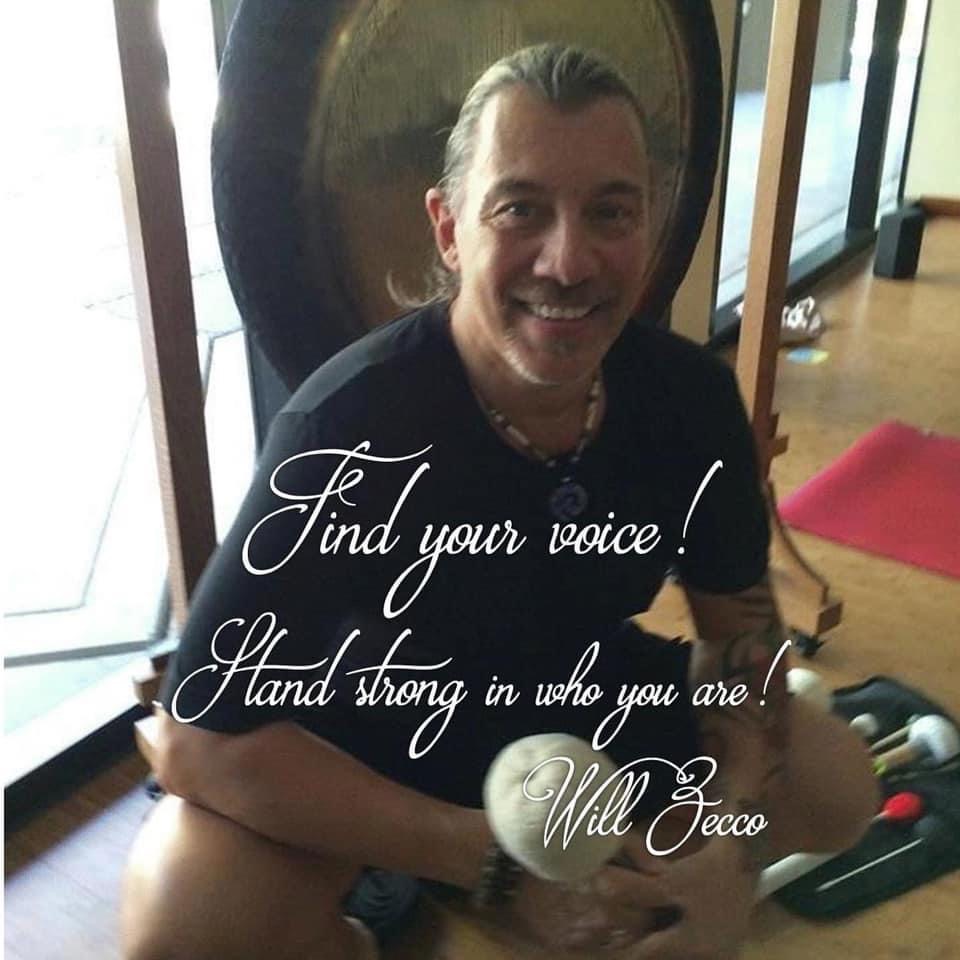 It was during leading one of the recent YTT cohorts that Will had an epiphany about the true difference between DOING and BEING. One of his YTT students was standing in front of the room, attempting to lead an asana class, when she froze. She was having a trauma response and could not find her words. Will recalls thinking, “What should I DO?” And yet there was a still voice within that whispered, “Just BE with her!” Will did just that. He gently rose to her side and began to whisper the cueing words to her that she could not access. The student repeated the words through her tears, which her classmates followed. Will guided the student to guide a beautiful gentle yoga flow — a flow of tears, sweat, and sweet release. There wasn’t a dry eye in the room.

Immediately following the emotional practice, the student bowed to Will in deep relevance, explaining it was the first time in her life she was held in such a way that she could release the old voices of negativity and criticism. She didn’t need anyone to DO it for her — to step in and take over or rescue her; rather she needed just what Will offered her.

Will offers this reflection: “Yes, there is a lot of DOING in our lives, yet there comes a time where learning to BE is where we find our deepest life gifts!” Continuing, Will affirmed, “Really, I just want to BE me!”

When asked about the next 5 to 10 years, Will confides, “My hope is to continue leading Yoga Teacher Training, teaching Studio classes, and mentor yoga students as they manifest their businesses and encouraging them to BE!”

Will Zecco has been dubbed the “Queuing King of YTT” with well-known Will-isms noted by his students, which include:

In September 2022 Will is leading his 12th Yoga Teacher Training. When the student is ready, the teacher will appear. Come BE with Will for the June Gifts and Graces event, on June 3 at 6 pm at SWIHA, in person or via Facebook Live. In addition, you are invited to a Yoga Open House with Will Zecco to learn more about the program on Wednesday, August 17 at 6 pm. 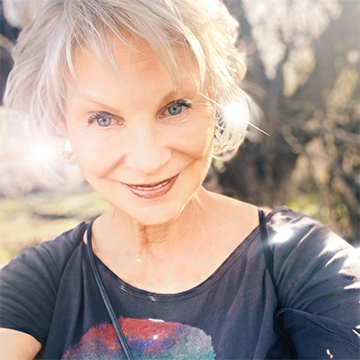 Blog Author Note: It has been my honor and privilege to co-lead the last eleven Monday/Wednesday night YTT classes with Will Zecco over the last seven years. The story shared within this blog is just one example of the tremendous transformation Will’s approach to yoga (and life) has taken. Will’s back-east bottom line approach has softened and he has learned to prioritize self-care. This fall, he will be leading the upcoming M/W night YTT, assisted by two of his longtime mentees.

As for me, I will be turning my efforts toward helping to bring a new Certificate of Excellence to campus entitled “Modern Spirituality”. In addition, I will co-lead advanced YTT courses: Advanced Yoga Philosophy & Meditation, Advanced Yoga Anatomy & Emotional Reflexology, and Transformational Yoga Coaching.