From KC: Holding Space When the Holidays Aren’t So Happy 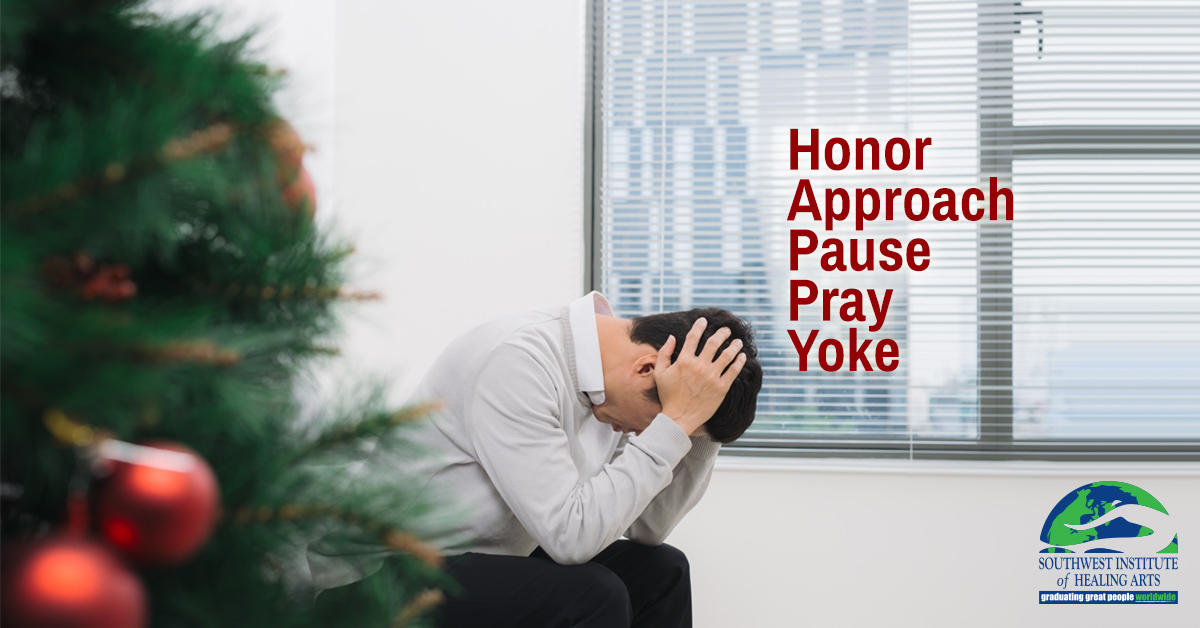 While most people are singing songs and feeling merry and bright, we must be mindful that, for some people, the holidays are rather blue . . . or even gray.

As one who is coming up on the second anniversary of family tragedy (two years ago, our son took his life due to complications of PTSD), I’m especially aware that the holidays can be tough. Even well-intended greetings such as a simple “Merry Christmas” or “Happy Holidays” can trigger feelings of grief, angst, or even anger.

Just this last week, I was witness to such an incident. As I pulled up to my regular Starbucks location I noticed a woman having a full-blown meltdown over an innocent greeting given to her by a kindly gentlemen collecting for the Salvation Army. All he said was, “Happy Holidays!”

The emotionally dysregulated women began walking in circles shouting, “No, it is not a happy holiday! No, I am not happy! I can’t be happy.”

Glancing at the caretaker of the holiday collection container, I could see he just wanted to fall through a hole in the pavement. My guess is if this woman hadn't had a Starbucks order waiting for her inside, she would have retreated to her car to cry and emote more privately.

Following her into the store, I instinctively folded my hands into a prayer pose (or anjali mudra as we call it in yoga). My intention was to send her as much energetic healing balm as possible – I was channeling Reiki her way. After retrieving her drink, she found an isolated table into which to collapse. Upon receiving my drink order it was almost as if I received divine marching order to move toward her. While at first this seemed like a rather bold move, it turned out to be the blessing we both needed.

In the afterglow of this experience, the acronym H.A.P.P.Y presented itself. This is what I did:

Honor – First, I honored the way this woman was showing up. While I didn’t fully know what she was feeling, I honored that she was in pain. I recognized her grief. The lesson is to not judge anyone for how they are temporarily reacting.

As the well-respected mindfulness teacher Pema Chödrön offers, “You are the sky. Everything else – it’s just the weather.” The invitation is to acknowledge an emotion as if it were merely a cloud passing through of mind, and not get caught up in the storm of drama or judgement. Once we claim the cloud as something real, rather than fleeting, it often tuned into an attitude and may ruin the entire day.

A powerful and empowering phrase to use when someone you meet experiencing a shadow-like emotion is simply, “I honor where you are!” Rather than shaming someone by saying, “Oh you shouldn’t feel like that,” or offering a plenty platitude like, “Oh cheer up – things will get better” – respect the person’s right to have their experience, even it if makes you a little uncomfortable or brings out the ‘rescuer’ in you. Embrace the neutrality of “I honor that (whatever that is). I honor you!” 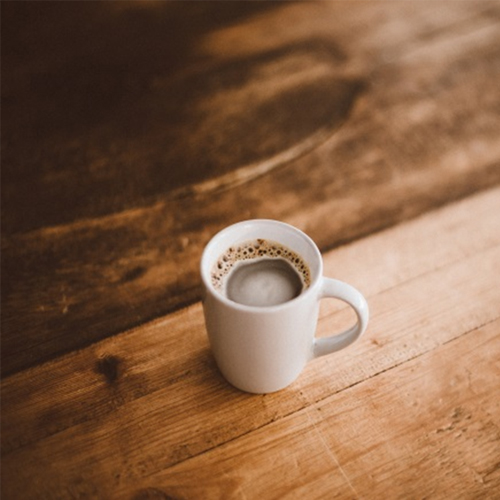 Approach & Appreciate – On this particular December morning, I was guided to approach this woman. Initially I just sat opposite her and sipped on my soothing creamy coffee, aware that I was ‘holding space’ – as we say at SWIHA – for someone to just be in their grief in a safe and vulnerable way. Within minutes this complete stranger blurted out her pain. “I just buried my son.” (Intuitively I knew this was her story.)

I told her: “Just honor how you feel . . . I have been where you are.” As if having been given permission to take a deep breath for the first time in a long time, her entire body shifted. She sat up straight, looked deep into my eyes and said, “Will I ever stop hurting? Will I ever be happy again? Will this ever make sense?”

Pause – Sometime a series of questions are not really questions at all, rather an audible purging. While I could have offered her answers, or even shared the details of my experience, that wasn’t what she needed. She needed a ‘sacred pause’. She just needed someone to sit in the uncomfortableness of her grief.

One of the lines from a very introspective poem written by Oriah Mountain Dreamer, entitled “The Invitation” asks this of us: “I want to know if you can sit with pain -- mine or your own -- without moving to hide it or fade it or fix it.” A purposeful, mindful pause is often much more powerful than filler words.

A postscript to this story is that, although I still do not know the name of the woman who obviously lives in my neighborhood, we have greeted one another in quick passing at our local Starbucks, with a polite pause consisting of a knowing smile, and deep unspoken message of “I see you!” This week my ‘friend’ stopped me with a light touch on my arm to share, “Thank you for seeing my pain and not asking me to explain why I was so insane that day. I didn’t think I wanted to even put up a Christmas tree this year . . .(long pause) . . .and I did. It was so healing to touch and feel each little holiday ornament my son had given me over the years. I am feeling better now!” My smile was the only needed response, accompanied with a silent Namaste gesture.

Prayer – If prayer is within your practice, this time of year it may be the perfect gift, especially for those saying they don’t feel like celebrating. A prayer can be as simple as pausing to ask for divine assistance for another person, or as formalized as intentionally lighting a candle for someone feeling down or blue during the holiday season. 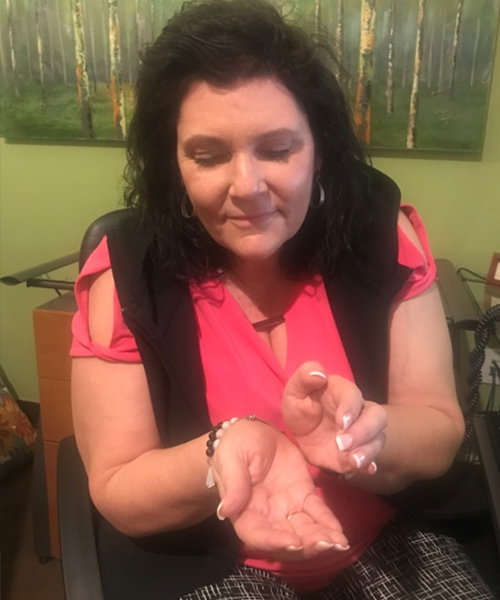 At SWIHA we describe Reiki as ‘prayer in action’ or the ‘passing of divine love’ in the most grounded and sacred ways possible. One of the competencies taught in Holy Reiki by Reiki Master Mary Ritter is that of placing anyone in need of prayer and healing in your left palm, while visualizing your hand as being a ‘sacred manger ’ or container for which to send healing blessings. Place your right hand over the intended recipient, showering them with unconditional Christ-light, fully believing miraculous healing energy will be transmitted directly from your intentional heart into their heart space. Reiki has a divine intelligence, flowing to and where it is most needed, whether or not the recipient believes in Reiki or prayer.

Yoke – Connect with the reason for the season. At Christmas emotions run high, and often unhealed wounds surface. Consider the counsel the Bible offers, “Greet one another with a kiss of charity. Peace be with you all!” Charity can be translated to mean greet one another with unconditional love and a generous heart, overlooking seasonal emotions.

The comedian Bob Hope, given the distinction of "Honorary Veteran" because of his commitment to the US military troops he served for over a half-century, encapsulated it best: “My idea of Christmas, whether old-fashioned or modern, is very simple: Love one another. Come to think of it, why do we have to wait for Christmas to do that?"

Please keep these numbers handy during the holidays:

Save A Warrior (SAW) is committed to ending the staggering suicide rate plaguing our veterans, active-duty military and first responders. We conceive, originate and invent Integrated Intensive Retreat (IIR) experiences to transform the way our heroes live their lives.

KC Miller is the founder of Southwest Institute of Healing Arts celebrating its 25th year anniversary of helping people to discover their Gifts and Graces. Over the years KC has received many designations and won numerous awards. While these are milestones in life worth celebrating, her greatest joy and accomplishment, in her mind, is that her 'Life Light' has been used to help illuminate others 'light' and life purpose! Her personal life motto has become the healing model for SWIHA ~ Let me be an instrument in the peace and healing of others as we seek to touch lives, heal bodies and free souls!