by KC Miller, Founder of Southwest Institute of Healing Arts 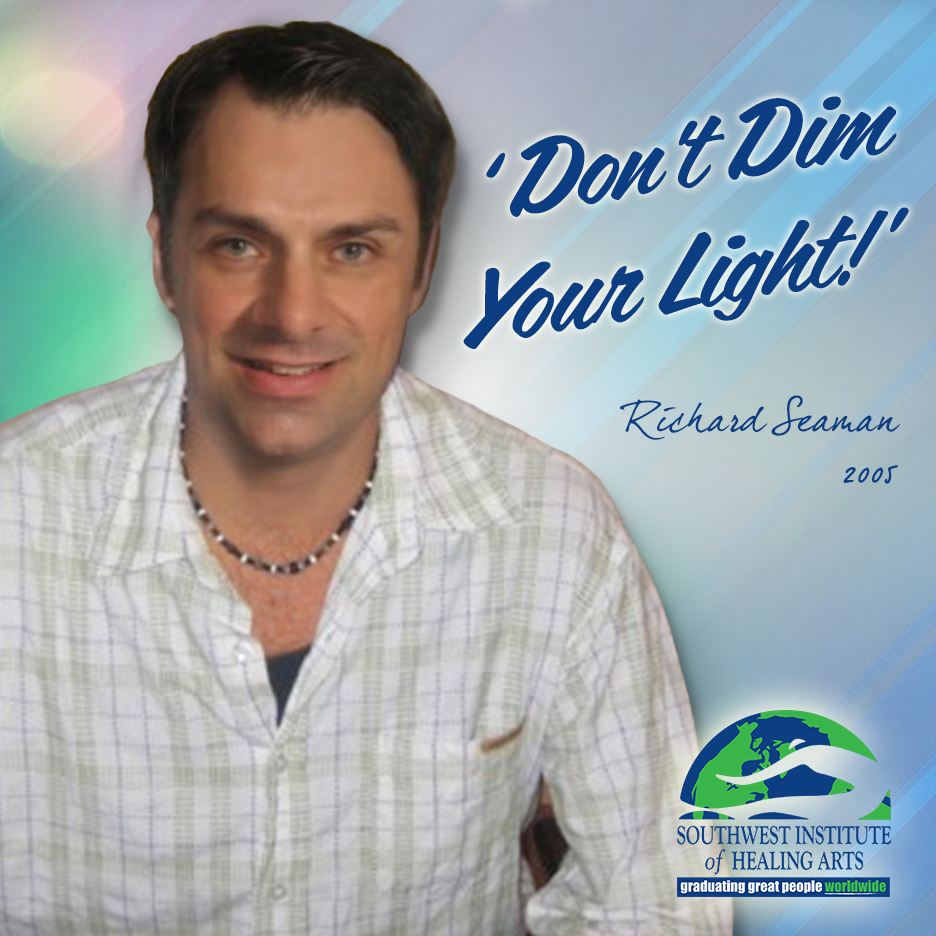 ‘Don’t dim my light!’ was the warning Richard Seaman gave me as one of his employers here on earth several years ago. This affirmation was not in the least way said in a threating or condescending manner; Richard was just very aware that his full-time employer was God. Often without warning some amazing force would show up and come out of his mouth . . . sometimes with grace, other times with real raw honesty. Before long it became increasingly obvious Richard was on loan as an employee to the college and that his real job was to be a spirit-directed pot-stirrer. He was in our employ to shake things up, do things a little differently and to prepare for his next assignment.

Richard has been very reliable in showing up to deeply touch the lives of many people, to help heal their stories, and in a very real way, helped to free many souls. There is no doubt his new book, Spiritual Reliability: Are You God’s Employee , is his continued commitment to serve as a teacher and guide for those who are ready to do their own work in recovering and discovering.

On Friday, November 7th @ 6pm Richard Seaman will be the special inspirational speaker for the monthly Gifts & Graces event held at SWIHA 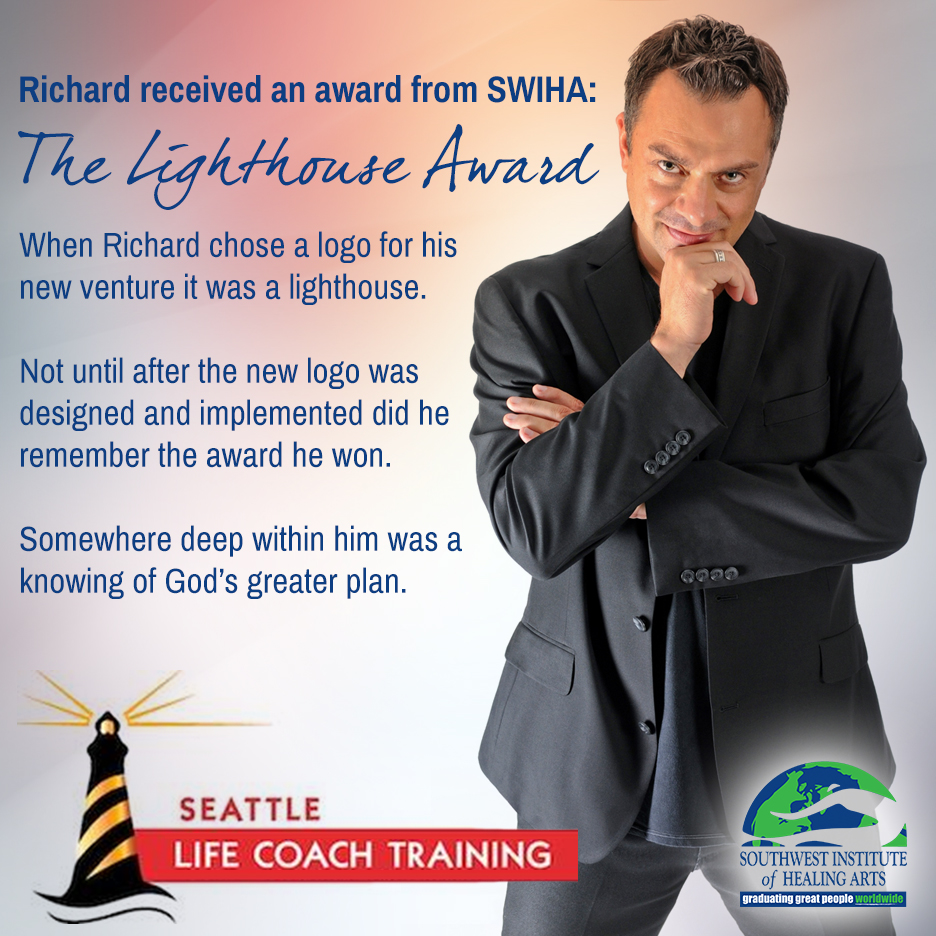 As the founder and director of an award-winning private college dedicated to inspiring people to discover their gifts and graces, there have been hundreds of employees who have helped to serve thousands of students over the years. As an employer, it is my job to learn to manage the thoroughbreds like Richard. I cannot hope to tame them; it is my job to help contain their brilliance until they are ready to go out in to the world again on their own and share their gifts in a loving and profitable way. I have long ago come to realize employees are a lot like a child you are asked to raise; you pour many resources into their care and feeding, you spend many hours nurturing and holding their fears and concerns only to have them pack their bags one day to follow the call of destiny. It’s bittersweet. 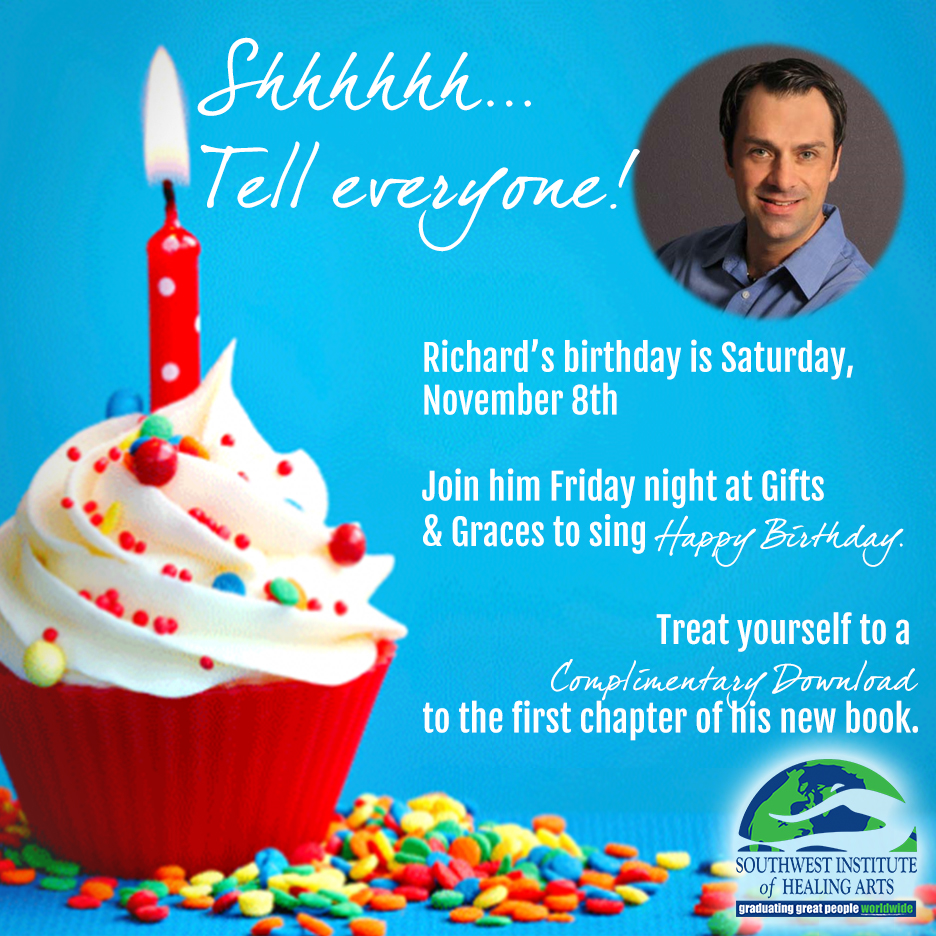 Richard did just that when he left the security of Arizona and Southwest Institute of Healing Arts (SWIHA) to start Seattle Life Coach Training. Richard took with him two awards he received: The Lighthouse Award given by the college acknowledging the leadership and light he provided to the staff and students, and the Best Teacher of the Year award from the Arizona Private School Association for his educational excellence in and out of the classroom.

It was interesting to note that the logo Richard chose for his new venture was a lighthouse. It was not until after the new logo was designed and implemented did he remember the award he won. Somewhere deep within him was a knowing of God’s greater plan. Whether this new book wins any earthly awards or not is not as important as the fact that Richard has done the work that would win an award from the employer that ultimately counts – God.

The really good news is Richard has moved back to Arizona and actively teaching on-campus in the Life Coaching and Spiritual Studies programs at SWIHA.

Truth be known, we all have a sacred employment contract with the Divine. Part of Richard’s definition of Spiritual Reliability is the act of showing up for a greater, higher purpose, willing to go forth even when you we cannot see the entire path beneath your our feet. By this definition, as well as by the feeling deep in my heart, there is no question Richard Seaman has been hired by the Divine to be a powerful instrument of the Light. No one will dim this man’s life light!

Join Richard this Friday night at Gifts & Graces as he shares many of the lessons and insights from his new book Spiritual Reliability: Are You God’s Employee.

A gift for you: Click the link for a download of the first chapter of Richard’s new book.